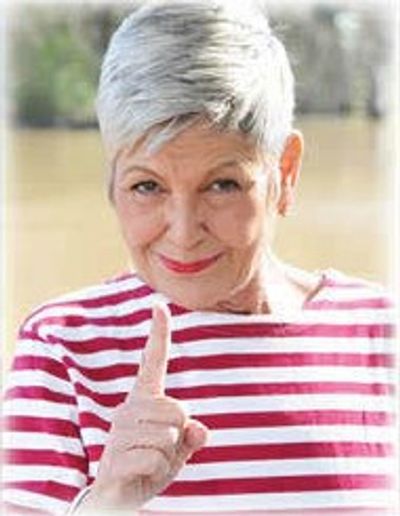 MARCELLE BIENVENU is a cookbook author and food writer who has been preparing Cajun and Creole dishes since the 1960s.

A native of St. Martinville, Louisiana, in the heart of the Cajun country, she has written a weekly food column, “Creole Cooking,” for The Times Picayune of New Orleans since 1984. She’s worked as a researcher and consultant for Time-Life Books, contributing to a series of books titled Foods of the World. She’s been featured in Food & Wine, Southern Living, Redbook, The New York Times, Louisiana Life and Acadiana Profile.

She is the author of three books: Who’s Your Mama, Are You Catholic and Can You Make a Roux? (Books 1 & 2) and Cajun Cooking for Beginners.

She co-authored several cookbooks with renowned chef Emeril Lagasse, including Louisiana: Real & Rustic, Emeril’s Creole Christmas, Emeril’s TV Dinners and Every Day’s A Party. She also co-authored Eula Mae’s Cajun Kitchen with Eula Mae Doré, a longtime cook for the McIlhenny family on Avery Island, and Stir the Pot: The History of Cajun Cuisine, with Carl A. Brasseaux and Ryan A. Brasseaux.

Ms. Bienvenu edited the 1987 edition of The Times Picayune’s Creole Cookbook, originally published in 1901 and re-issued to celebrate the newspaper’s 150th anniversary.

She owned and operated a restaurant, Chez Marcelle, near Lafayette, La., in the early 1980s, and has worked for several restaurants, including Commander’s Palace and K-Paul’s Louisiana Kitchen in New Orleans.

A graduate of the University of Southwestern Louisiana, he lives on Bayou Teche in St. Martinville, La., with her husband, Rock Lasserre.