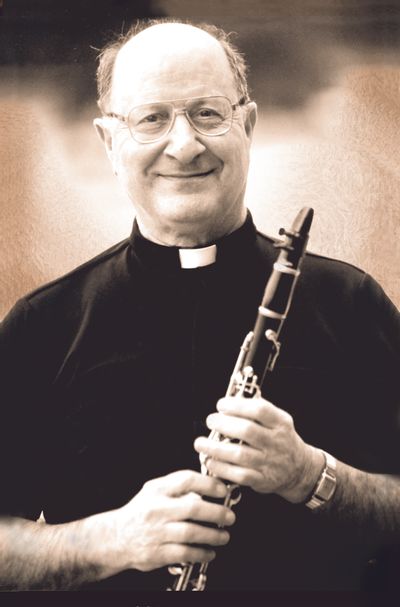 REV. FRANCIS J. COCO, SJ (1920-2006) was a Jesuit priest who spent most of his adult life in south Louisiana working as a retreat director, high school teacher and jazz clarinetist. He performed in New Orleans nightclubs and other venues, sitting in with some of the best-known jazz musicians of his time.

Born into a large Catholic Sicilian family in Helena, Arkansas, he entered the Jesuit novitiate at Grand Coteau, La., in 1938 and was ordained to the priesthood in 1951. He taught at Jesuit High School in New Orleans for 16 years. He served as a retreat director at Jesuit retreat houses for a total of 35 years, including 25 years at Our Lady of the Oaks in Grand Coteau, seven years at Manresa House of Retreats in Convent, La., and three years at Montserrat Retreat House in Lake Dallas, Texas.

His music can be heard on two CD albums: A Closer Walk With Three (With The Ronnie Kole Trio) and Live From St. Louis: An Evening of Jesuit Jazz. Blessed Be Jazz is his first book.